The Isle of Armor is the first new location being added to the Galor region for the Pokemon Sword and Shield games. The franchise is introducing an Expansion Pass that will hopefully flesh out the Galar region, with The Crown Tundra expected soon afterward.

Information on the new DLC has been scarce since its initial announcement back in January, but a new Nintendo Direct Mini shed some more light on what we can expect in the Isle of Armor.

Players will embark on their new adventure when it releases by the end of June 2020; the second expansion will release later in the year.

The Isle of Armor will bring a new adventure, new Pokemon for your Pokedex and new costumes.

Be sure to bookmark this page and check back regularly for the latest information.

You can find information about the following things here:

To wrap up the Nintendo Direct mini, more footage of the new game was revealed about the Isle of Armor.

It gave some more information about the legendary Pokemon, new costumes, a pre-order bonus AND a small update on the release date.

The Pokemon Sword and Shield information starts at 25.30!

What Is The Isle Of Armor?

Isle of Armor is the first DLC from the Pokemon Sword and Shield expansion. The Isle of Armor appears to revolve around the theme of 'Growth'.

Set on an island, located to the east of the Galar region shores, players will be able to pick up from where their adventure left off in the main game.

Complete with new Pokemon, characters and costumes, the Isle of Armor is full of beautiful nature.

It also features a Dojo for Pokemon battles, where you'll take up an apprenticeship under the person that runs it - his name being Mustard. Mustard is your new mentor and the former mentor of champion Leon.

The expansion will feature open and seamless gameplay, much like the wild area, allowing players to roam around freely and control the camera; Max raid battles will also return.

The Isle of Armor is inspired by the Isle of Man.

When Is The Isle Of Armor Release Date?

Pokemon Sword and Shield's expansion pass will launch in June 2020.

The expansion pass will launch with The Isle of Armor by  the end of June 2020.

The Crown Tundra will arrive later in Autumn 2020.

The trailer and gameplay were shown in the most recent Pokemon Direct on the Nintendo YouTube channel.

You can check out the full Pokemon Direct here:

Within the Pokemon Expansions, there will be new Pokemon.

The expansion pass will bring different Pokemon to each version of the game and has brought forward 200+ well-known Pokemon from past entries.

While we can confirm at least 80 Pokemon, there is plenty still to be announced - although many have been released into the game already.

check out the Pokemon we would like to see return here.

Read More: Pokemon Sword and Shield: Isle of Armor And The Crown Tundra Returning Pokemon We Want To See! 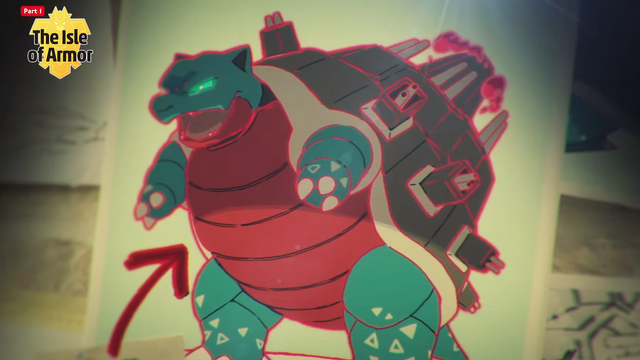 Here is the list of confirmed new Pokemon, based on the Pokemon Direct 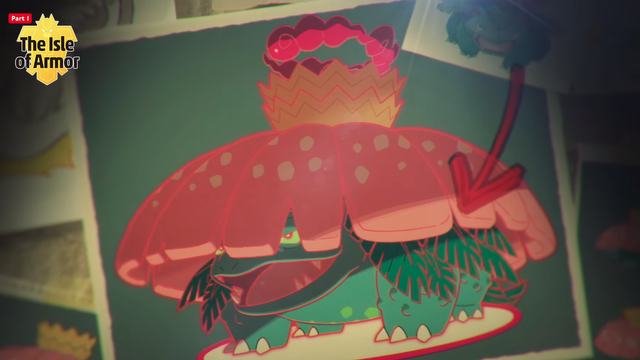 Read More: Pokemon Sword and Shield: Pokedex For The Galar Region, National Pokedex And Every Pokemon In The New Game

Most legendary Pokemon that are available in The Crown Tundra will be obtained through co-op play.

In the Isle of Armor, your new mentor Mustard will intrust Kubfu to you. Kubfu is a fighting type Pokemon that evolves into Urshifu.

Once you have Kubfu, you will take on the Towers of Two Fists. You will enter either the Tower of Darkness or the Tower of Water (you may only choose one).

Kubfu must face this challenge alone and once it has conquered one, it will evolve into Urshifu.

Urshifu has two distinct styles and will learn one depending on which tower you take on:

He also has a Giganatamax form with a brand new ability and a new move for each of its two styles. 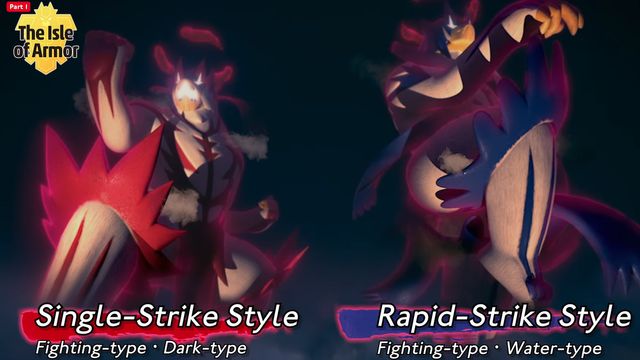 Zarude is a genderless rogue monkey Pokemon - a Dark/Grass Pokemon.

Zarude is set to feature in the 23rd Pokemon movie and its currently unknown when or how it will feature in the games; could it appear in the expansion pass?

You can read all about Zarude here.

Your starter Pokemon will gain a Gigantamax form as reward for their adventure on the Isle of Armor.

All three will have powerful and unique moves: 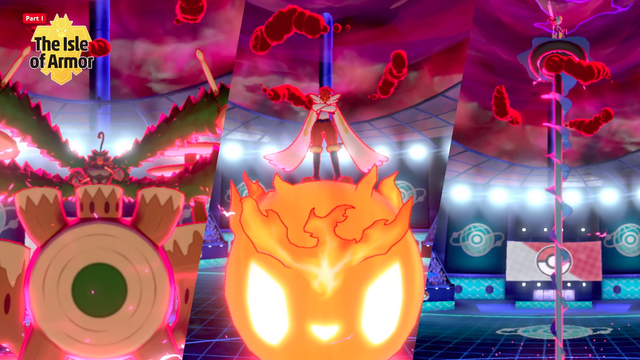 Despite Game Freak deciding not to include Mega Evolutions, instead opting to have Dynamaxing, it seems some items have eluded to a potential return in the Expansion Passes.

If you have Pokemon Sword your new rival will be Klara, who is a poison type user.

If you have Pokemon Shield your new rival will be Averym, who is a psychic type user. 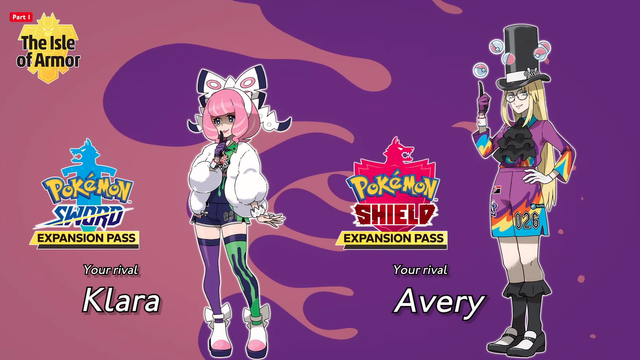 New costumes will be arriving in Pokemon Sword and Shield's expansion pass.

There are now 100+ new ways to customize your look with clothing items and hairstyles added via the two expansions. 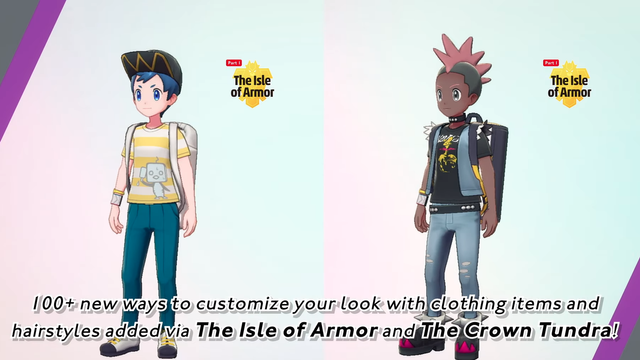 The price for the expansion pass will be $29.99 and is available for pre-purchase.

It is unknown whether you can purchase the two expansions separately.

Pokemon Sword and Shield has also introduced a few new updates to the base game.

Rillaboom, Cinderace and Inteleon will receive brand new Gigantamax forms that can be used in new locations.

New costumes, accessories and looks will also be available for your bike.

Starting today you will have an increased chance of running into Gigantamax:

When you receive it head to Wedgehurst station where you will be Klara (Sword) or Avery (Shield). You'll then be able to encounter a Galarian Slowpoke, which you can catch.

You can then evolve with a specific item. It will evolve into Galarian Slowbro on the Isle of Armor and Galarian Slowking in The Crown Tundra.

Players can also now access the Nintendo eShop from the in-game menu. When you purchase the expansion pass you will gain access to a Pikachu and Eevee costume.

Pokemon Home had its first major mention since being announced last year.

Players will be able to bring their Pokemon to their new game from Pokemon Home, as long as that Pokemon appears in Pokemon Sword and Shield.

This includes any in your Pokemon Bank, Pokemon Let' Go, Pikachu and Eevvee as well as Pokemon GO.

You can read more about Pokemon Home here. 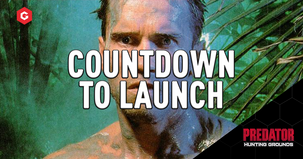 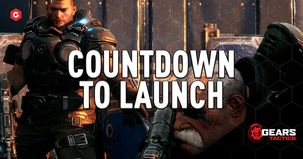 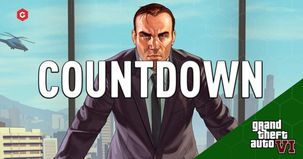