Modern Warfare is getting better with age and Season 4 could be the best one yet, with Season 3 being a remarkable improvement over previous ones.

With Season 3 still being so young, what can we expect from the next chapter in Call of Duty's latest title? There's still plenty of content to come as much of it, that has been found in the game files, has yet to be released.

Here's what you need to know about Season 4 of Modern Warfare and Warzone.

Looking for something in particular? Click the links below to read more:

What's happening in Verdansk? What does the Bunker 11 Easter Egg mean for the future of Warzone?

Here are our predictions for the next phase of Warzone and what will happen at the end of the Easter egg as we enter Season 4. 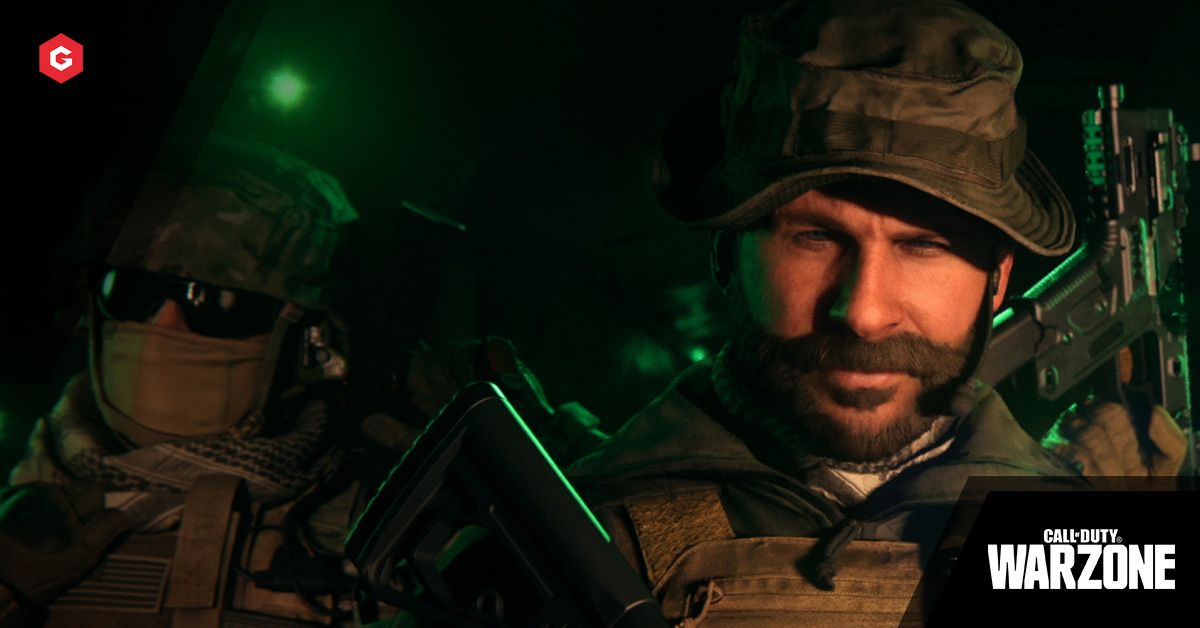 So what exactly is coming in the new season? Season 4 is expected to be a HUGE season for many reasons.

Most notably old school maps like Scrapyard will reappear in the multiplayer, new operators like Captain Price and Gaz are entering the scene and Warzone is set to get a mysterious map/story update.

Here's what we know about the patch notes. 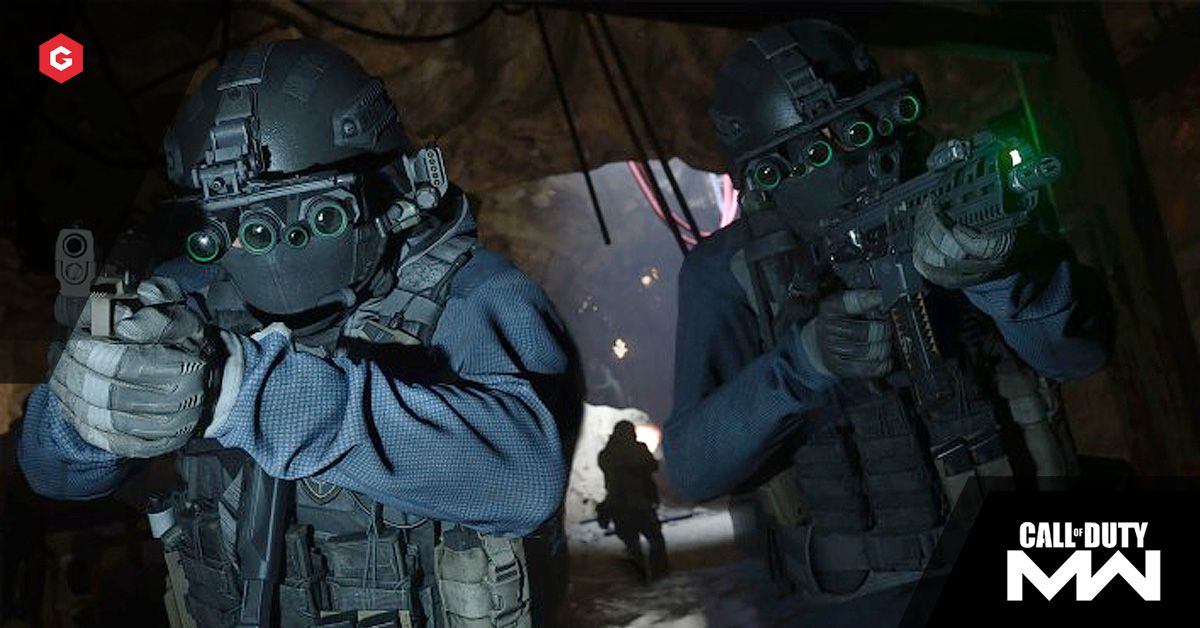 Battle Royale duos are now live in Warzone ahead of the Season 4 release.

Modern Warfare has been found in the game files. This could be one of the many ways the current Call of Duty plans to kick start the teasers for COD 2020.

New footage of an AMR Sniper Rifle and Akimbo Blades have been leaked ahead of Season 4 - could these weapons be added in the new update?

The Vector and Galil were shown off in the Season 4 trailer, confirming that they will be the launch weapons, but we're now accustomed to a new weapon half-way through the season.

Could we be getting unprecedented four new weapons?

A lot of theories are popping up that suggests tanks will arrive in Warzone.

The latest trailer recaps the story of Modern Warfare so far and confirms that Captain Price is the new Operator, as well as Gaz.

New weapons such as the Galil and Vector are displayed in the final shots.

We also can see in the latest teaser image the map Scrapyard displayed in the text - meaning it will be arriving in multiplayer as a standalone map.

Looking for the latest Warzone leaks? Check out our YouTube video with the latest news!

According to @ModernWarzone, the game files are now showing 200 players for both Plunder and Warzone, along with duos and the juggernaut mode.

In a recent Rank Up report article, posted on the Activision blog website, a Season 4 teaser has been discovered.

It seems the post has been hijacked by someone to convey a top-secret message:

WE HAVE RECEIVED WORD OF A PROTOTYPICAL WEAPON HIDDEN UNDERGROUND IN VERDANSK. OPERATOR TEAMS ARE ALREADY IDENTIFYING WHERE THIS WEAPON IS, BUT AT TIME OF TRANSMISSION, WE DO NOT KNOW IF THEY HAVE BEEN GRANTED FULL ACCESS TO ITS LOCATION.

WE HAVE SUCCESSFULLY DISRUPTED AQ COMMUNICATIONS AND HAVE WIRETAPPED THEIR CALLS. UNFORTUNATELY, THEY HAVE COUNTERED OUR EFFORTS WITH SCRAMBLERS.

THE CALLS ARE NOW GOING TO MULTIPLE HARDLINES IN VERDANSK. LISTEN CLOSELY TO WHAT THEY ARE SAYING DURING THESE TRANSMISSIONS, AND BRUSH UP ON YOUR RUSSIAN - YOU MIGHT NEED IT.

INTEL SUGGESTS THE HOLDING AREA CONTAINING THE PROTOTYPE OPENS VIA MARKED TELEPHONES IN VERDANSK.FURTHERMORE, THE ACCESS CODE CHANGES FREQUENTLY – AQ KNOWS THIS PROTOTYPE IS DANGEROUS, NOT A TOY.

BE WARY OF AQ SLEEPER AGENTS SPREADING FALSE CODES TO DETER ACCESS TO BOTH ENEMIES AND ALLIES. THESE CODES MAY BE SHARED THROUGH CIVILIAN MEDIA – E.G., VIDEOS, SOCIAL MEDIA – AND ARE NOT VIABLE FOR COMPLETING THIS MISSION.

THE POWERFUL PROTOTYPE WEAPON IS MEANT TO BE USED BY AQ ELITE FORCES. WE BELIEVE IT TO BE A CUSTOM-BUILT SUBMACHINE GUN. EXTRACTING THIS WEAPON WILL FURTHER CRIPPLE THEIR DEFENSES AND BOLSTER OUR OWN ARSENAL.

THIS OPERATION IS TOP SECRET AND SHOULD NOT BE SHARED OUTSIDE OF ARMISTICE. WE RISK LOSING VERDANSK AND STARTING GLOBAL THERMONUCLEAR WAR IF THE EXTRACTION OPERATION IS COMPROMISED.

DO NOT TRUST ANYONE OUTSIDE OF YOUR SQUAD IN VERDANSK. TREAT ANYONE - INCLUDING THOSE WITHIN ARMISTICE - TRYING TO ACCESS THIS PROTOTYPE AS A HOSTILE FORCE.

REPEAT: ACCESS THE AREA, EXTRACT THE PROTOTYPE. WEAPONS FREE ON ALL THREATS TO THE OPERATION.

TRANSMISSION OVER – REST OF RANK UP REPORT TO FOLLOW.

More clues have popped up regarding Season 4 thanks to @TheMW2Ghost. 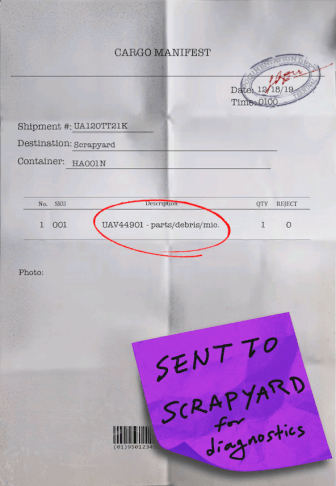 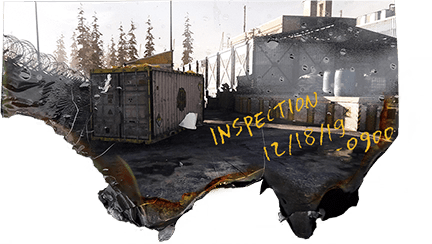 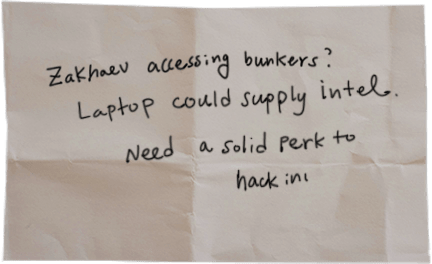 A new teaser video has been found on the Call of Duty website.

The Call of Duty mobile app sent out a notification alert with teasers of a meeting on May 21st.

It seems those speaking are Al Asad and Zakhaev - the teaser confirms that Price will return as an Operator.

Data miners are finding unreleased weapons within the game files such as the Vector, Galil, APC9, HK G28 and XM109.

New reports are suggesting that that Galil has been found in the game files of Modern Warfare and could be the new weapon to arrive in Season 4.

This also may tie into the COD 2020 reveal that is usually teased in the latest Call of Duty game.

@ModernWarzone has shared information from one of their Discord mods that pointed out a stagnant sand storm is surrounding Urzikstan (in-game).

Although a new map may not be on the way soon, they have reason to believe that the new circle will no longer be gas, but instead a sandstorm. 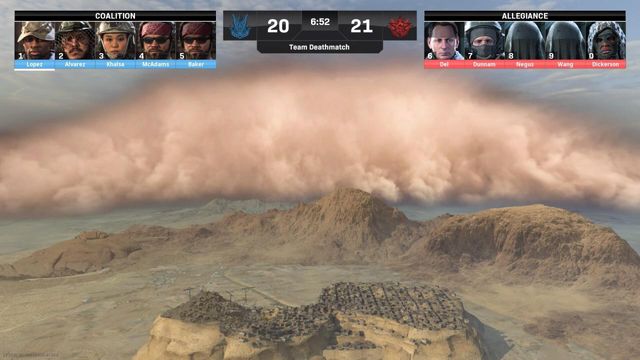 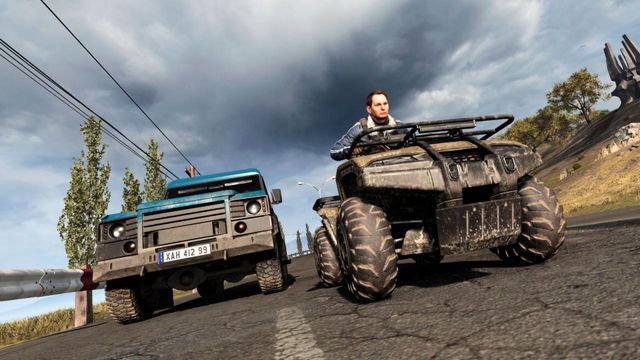 New Warzone Playlists Found In The Code - 3rd May

@ModernWarzone has found additional playlists in the code for Warzone: 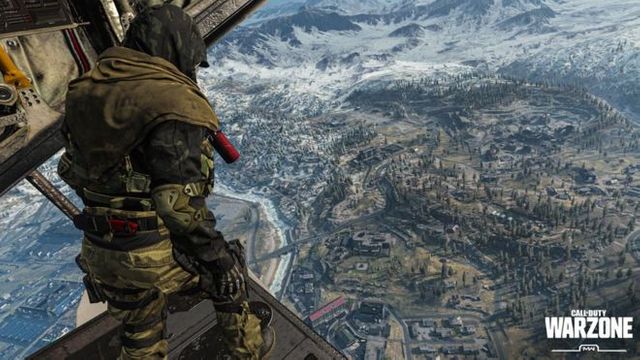 Urzikstan Next Warzone Map? - 2nd May

Is Urzikstan the next Warzone map? Reddit user u/StreetfighterXD seems to think so, and they've written a very detailed description as to why it will be.

When Will Season 4 of Modern Warfare Start?

Season 4 of Modern Warfare will likely start on the 2nd June 2020 - this is when the Battle Pass expires.

Due to the COVID-19 epidemic, it could be that the latest season is delayed. However, Infinity Ward has been very good at pushing out regular updates amongst during this time, so it's likely to stay on course.

Last season, the update came the day after the battle pass was due to expire at 7pm BST (meaning it is actually the 3rd June in many parts of the world). This is due to the late release in other parts of the world.

While no maps have been confirmed for the new season, there are plenty of maps that have been discovered in the game files that could make its way into the game at some point.

Here are some of the remaining maps that we could eventually see:

Allegedly there are 60 maps in the works for Modern Warfare at the moment, but whether they will make it to the final game is unknown.

Please bear in mind, some of these may just be codenames and not their final map names.

With Boneyard making an appearance, plenty are hopeful that Scrapyard will make an appearance as a 6v6 or 10v10 map; TheGamingRevolution is convinced it will arrive at some point.

While we have no idea what new weapon may arrive in Modern Warfare or Warzone, a few weapons have been rumoured.

A "new weapon" was inadvertently discovered, thanks to PrestigeIsKey, in Season 3 - below is a picture of an axe/hatchet. 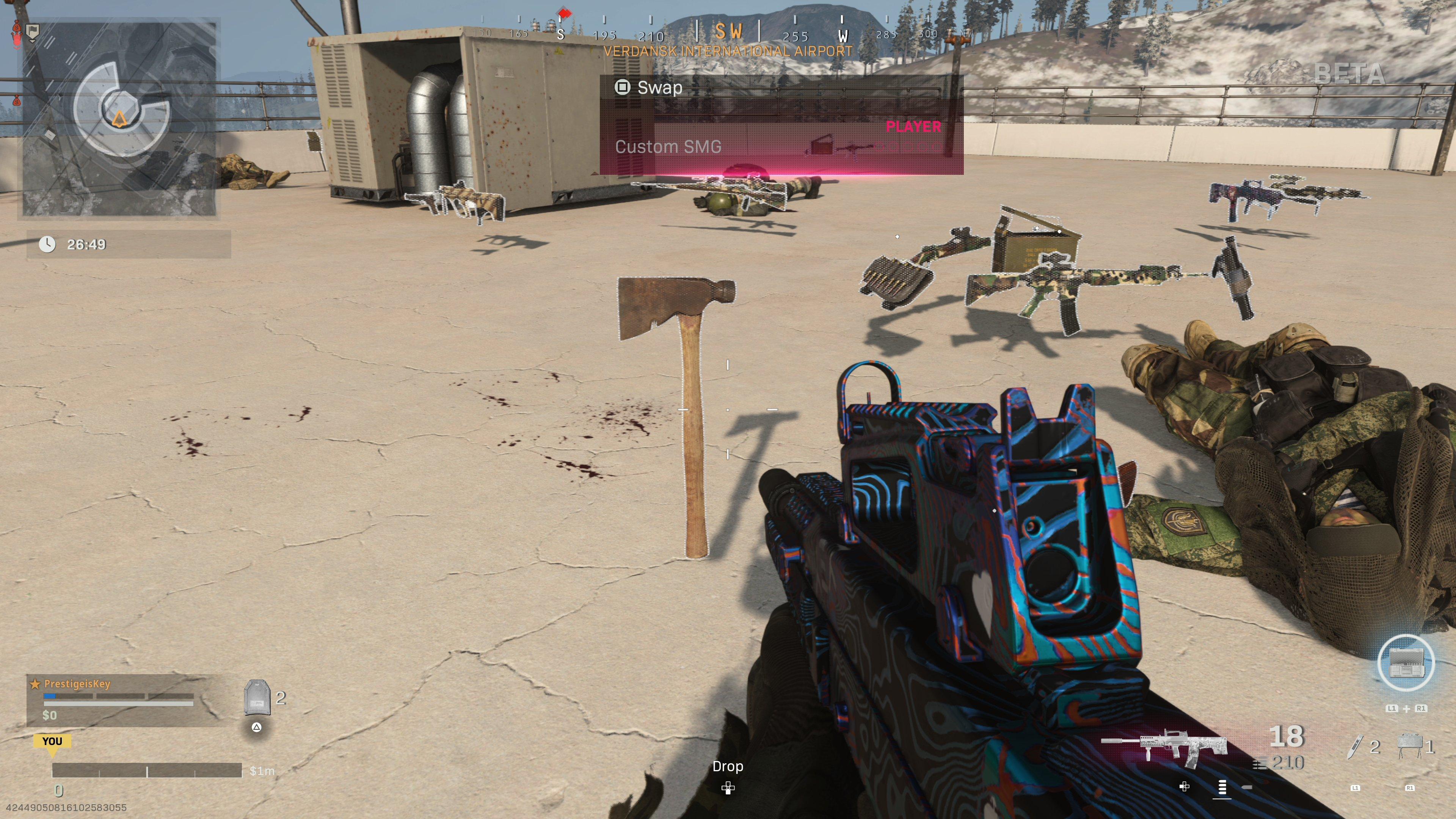 It is just a visual glitch and in a video that he posted, it was in fact a custom SMG.

There are currently no melee variants in the multiplayer and no melee weapons in the Battle Royale, which has been quite a common addition in past Call of Duty games; the Ballistic Knife has been spotted in an execution video in the past, leading people to speculate it may arrive at some point.

Before launch, it was also rumoured that the ACR and the M16 would return from Modern Warfare past - we've yet to see either of these weapons arrive so far.

Infinity Ward has assured that ground loot will have a continuous overhaul to diversify the strategies you can take across Warzone; so you can expect new tools of destruction to play with.

Expect to see every weapon type with a silenced and non-silenced variant, allowing squads to kit themselves for silent operations

New weapons and blueprints will be added to Supply Boxes and ground loot to Verdansk and stay tuned for additional meta updates as the Warzone further evolves.

More modes will also arrive later this season and in a list of leaks from u/Senescallo, we can confirm a number of different playlist and modes could come at some point:

@ModernWarzone has found additional playlists in the code for Warzone:

They have also found an icon in the files for a mode called Juggernaut.

There's no mention of a ranked playlist or mode for Warzone at this time.

Since the Battle Royale and the multiplayer are tied together with universal progression (including the battle pass) its unlikely that much will come in the form of unique Warzone cosmetics.

If you've been checking out the strategy guide that Activision launched with Warzone, there are many areas listed as "classified".

It's easy to assume these areas will be unlocked as time goes on and particularly when Season 4 launches.

Players could be forgiven for not noticing certain changes to the new main menu in Modern Warfare and Warzone, it shows a dam that’s broken.

The new main menu now shows the dam that’s overflowing and starting to release water. The current dam in Warzone is frozen and no water is really in the map at all right now.

It isn't hard to believe that the new Warzone map will evolve over time, especially as players discover new easter eggs that may tie into the story of Verdansk. Those playing the game will have noticed a few vaulted doors, bunkers and interactable computer terminals which many believe are key to a hidden easter egg.

In fact, Infinity Ward’s Narrative Director Taylor Kurosaki briefly mentioned how the studio is looking at Fortnite-like events that fit the Warzone and Modern Warfare universe.

There will be 100 Tiers of content, some of which will be free, but the rest requires players to purchase the Pass for 1,000 CoD Points.

Each pass has had a featured Operator for you to obtain as an instant reward with a special skin once you reach max rank; last season featured Alex.

If you managed to grind your way through the battle pass for Season 3, you should have earnt enough points to buy the Season 4 pass for free.

The Spec Ops mode is receiving less love as time goes on, although a few new maps have been added to the survival mode.

We could see a few more maps added this season.

A new season means new Operators and as more campaign characters are added to the mix, there are plenty that could still arrive.

We already know that Captain Price will arrive in the next season, but who could join alongside him?

Here are some characters we would like to see return:

There are many game modes that have been found in the game, but have yet to be added into the rotation:

The following playlists have yet to be implemented:

Check out our Season 3 guides here: 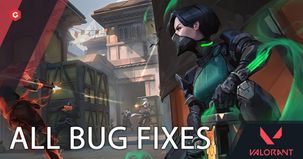 Valorant: Riot Games Reveals The Total Amount Of Bugs Patched During The Beta 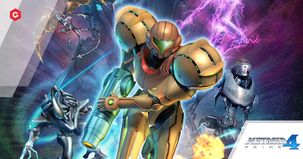 Metroid Prime 4 NEWS: Release Date, Gameplay, Trailer And Everything You Need To Know! 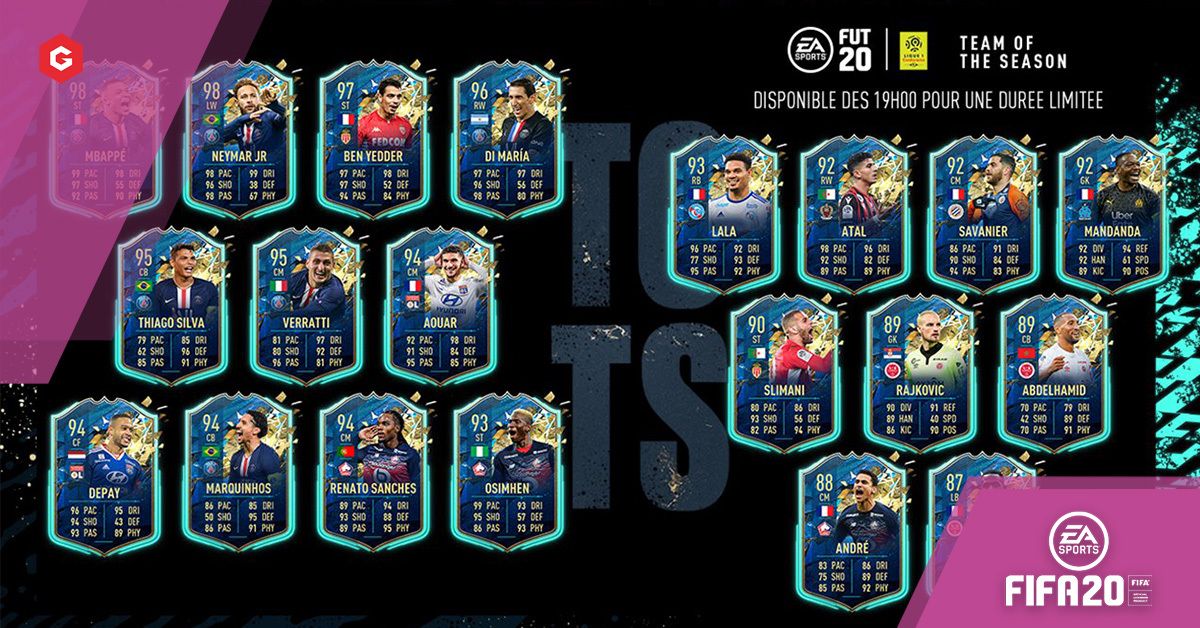